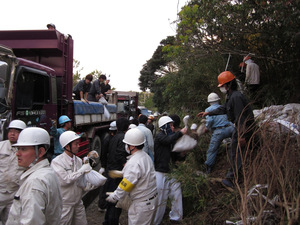 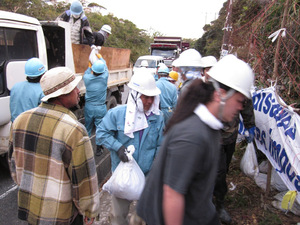 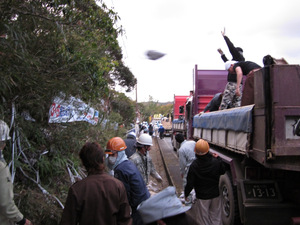 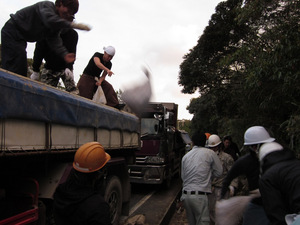 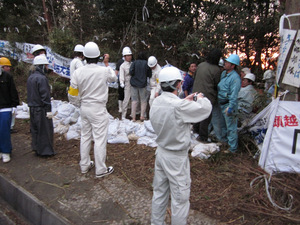 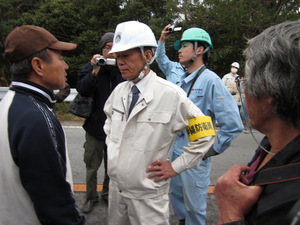 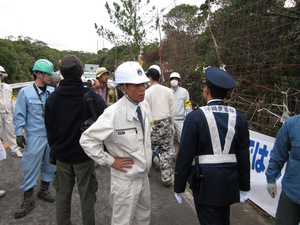 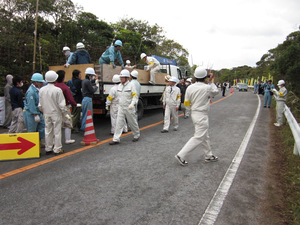 Over 100 workers rushed in from 6am to bring bags of gravel into the planned sites. It was a surprise attack in the early morning, thus the number of protesters were fewer than usual. The Okinawa Defense Bureau (ODB) expanded the number of the crew, many younger workers are seen. The protesters say that the newly hired workers are being provocative to protesters and there seem to have been rough scenes between the two groups. This is one of the tragedies of the military expansion, that local Okinawans are often forced to be divided into two enemy groups.

This crisis in Takae needs attention from outside. Please take a moment to let the word out to your local media and your friends and people who care, and people who simply are not informed of this violence. Again, the situation in summery is: Japan Defense Ministry is forcing the construction of new US military helipads in the abundant forests of northern Okinawa. It is in the middle of the irreplaceable habitat area of many endangered species. Not only the plan never met with local residents’ consent, but some helipads are planned to be built very close to the residential area and schools. The local residents, along with their supporters, have continued their sit-in protest to stop the construction for nearly 4 years.

US-based NGO “Close The Base” released a statement regarding US military base in Okinawa (in English and Japanese). PLEASE CHECK THIS LINK because it’s very very informative, and please also spread the word. In any small way that you can do.